21 October 2016
On 10 October 1866, Dandenong Market officially opened for business! Originally located on the intersection of Lonsdale and McCrae Streets, the Market has come a long way. Early market traders once sold “a choice lot of dairy cows, with calves…a number of useful horses,…well-bred rams,…produce…and farming implements.”
Dandenong Market is celebrating its 150th anniversary with a number of activities and events. 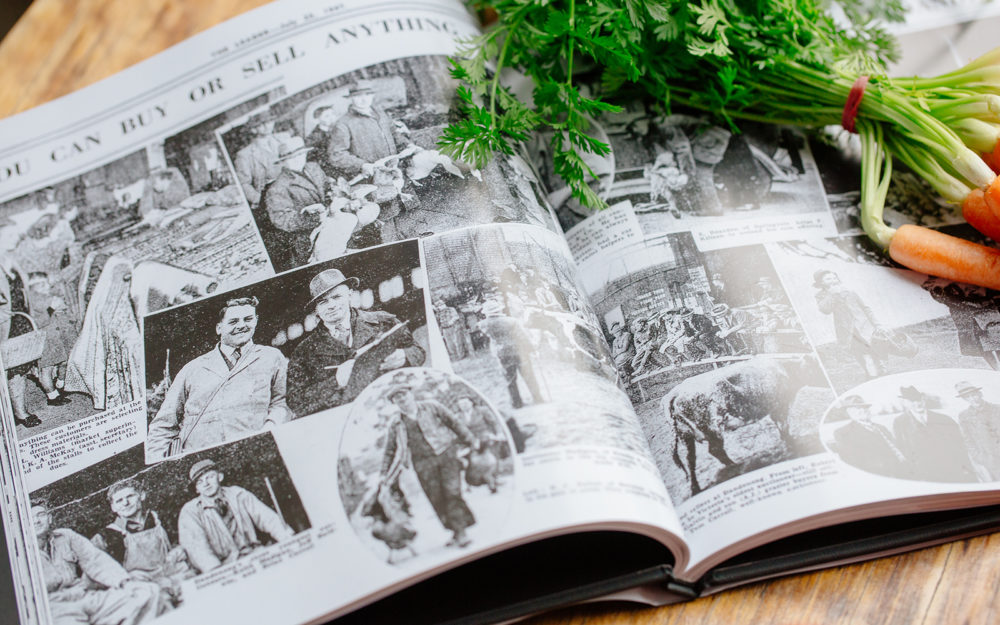 The hard-cover book documents significant moments in the market’s history using original photographs and historical records. This includes pre-market Dandenong (1830-1865), early years (1866 – 1890), the move to a bigger site (1927), the new Market’s development (1927 – 1939), World War II and the post war boom (1939 – 1959), the introduction of the iconic Dandy Pig neon sign (1960), and how the market adapted to become the millennium market it is today.
The Dandenong Market: Celebrating 150 Years will be available to purchase at the Market Management office. 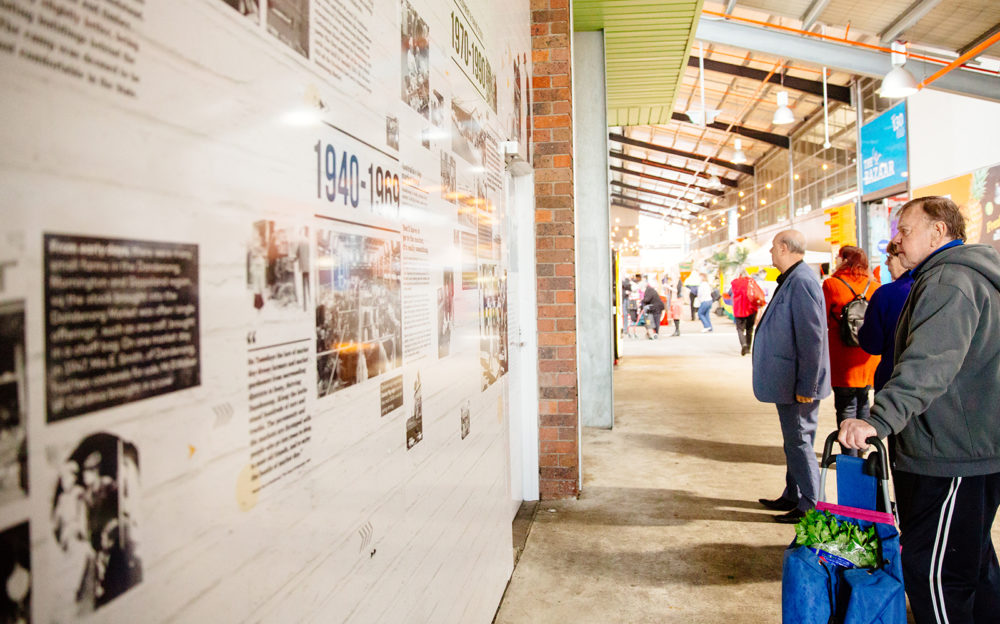 The mural honours the Market’s long history and provides voices and memories that, until now, had remained in archives. Depicting the Market over 150 years, the mural features photographs of the Market from as early as the 1910s and 1920s and continuing up until the 1980s. The images featured in the mural come from a number of sources. This includes the Dandenong Historical Society, the City of Greater Dandenong and via the National Library of Australia.
The photographs share important moments of our story. Such as when the Market opened, or when the Market moved to the current premises. Importantly, the mural also includes memories of locals, stories from old newspaper articles and even a poem about that market written in 1937.
Access Rosling Lane via Market Square, or via Cleeland Street (near Cafe Marketto).

‘M is for Market’ 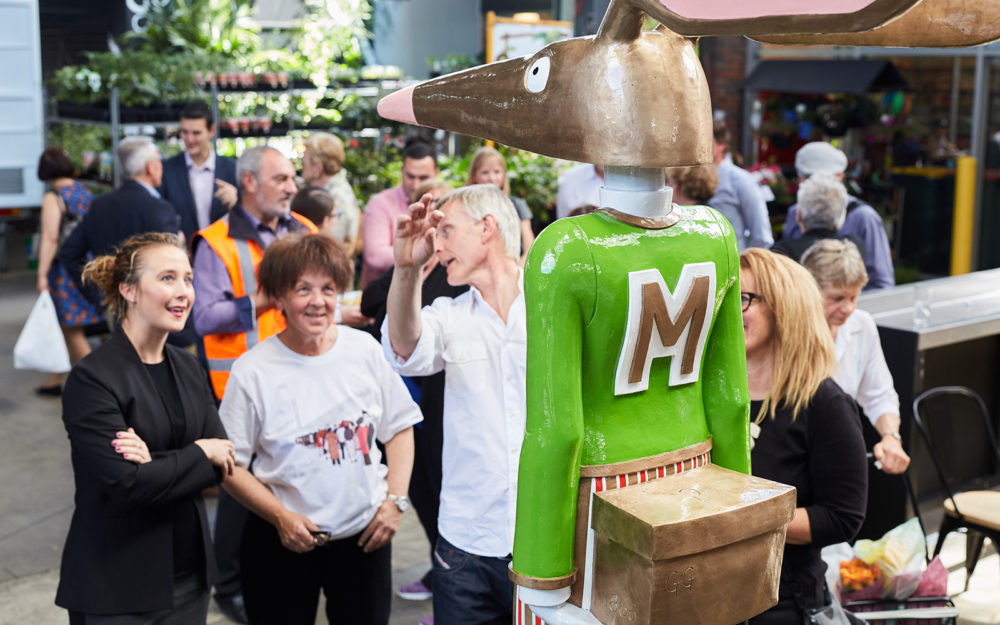 “M is for Market” is a fun new sculptural piece by renowned Melbourne artist, Anne Ross. Funded by Creative Victoria, ‘M is for Market’ is in Market Square. 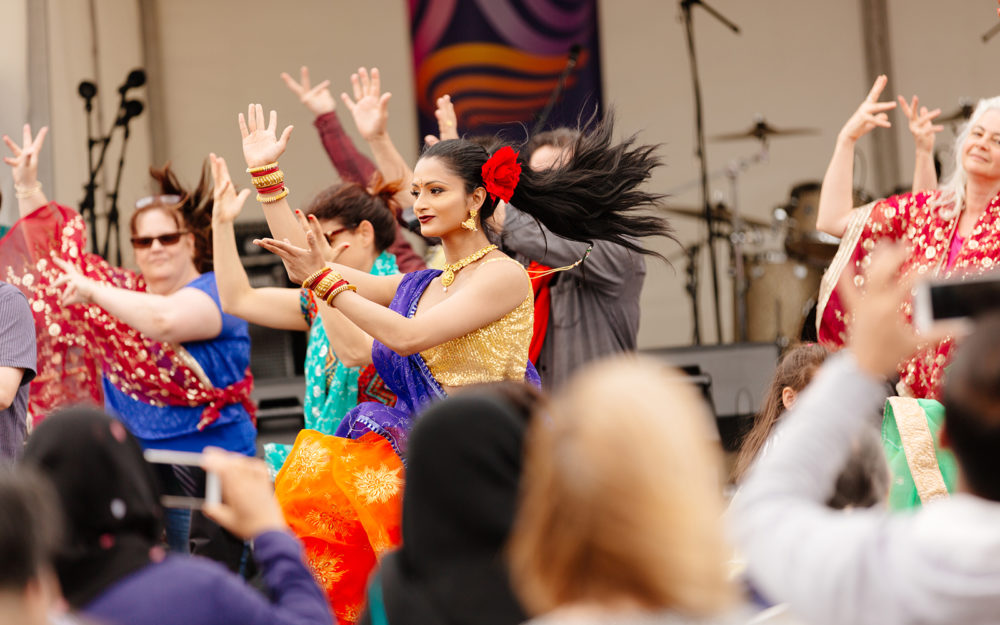 On 16 October 2016, Dandenong Market will be celebrating our 150th anniversary with a massive 150th Jubilee festival from 10am – 4pm.
The free event will include popular food trucks and stalls, symbolising the immigrant groups that made Dandenong Market their home. What’s your flavour? Italian, Indian, Vietnamese? We’ll have a delicious array of freshly-made food for you to choose from.
For the event, Dandenong Market has partnered with Multicultural Arts Victoria for a day of performances from local bands and artists.
The Jubilee celebration will also feature fun for the whole family. We’ll have a whole zone for free face painting, Tā moko face painting and henna body art. The Jubilee will also feature an interactive animal farm – a nod to our livestock market routes.
In homage to the Market’s 150 years, visitors can also take selfies in our interactive selfie booth which will be a 19th-century market stall, complete with colonial-era costumes and props to try on and pose with.
A fun fair will complete the event with old-fashioned games and rides for visitors to enjoy. Try your luck with the laughing clowns or try and knock over the milk bottles!
3AW will also be broadcasting live from the event so make sure you pop by to watch the 3AW crew in action

Happy Birthday to us!