‘The Dandy Pig’ is the much-loved mascot of Dandenong Market. The neon sign depicts a finely dressed pig cheerfully tipping his top hat. This iconic character is always welcoming shoppers to the Market.

The sign was originally part of a larger sign that incorporated the Gippsland Co-operative Bacon Curing Company logo and was first erected in 1950. This sign was officially one of the first animated advertising signs in the region. The Dandy Pig was first placed above the Dandy Bacon Shop on the west side of Londsdale Street. When the factory closed in 1983, the sign was removed and placed into storage. 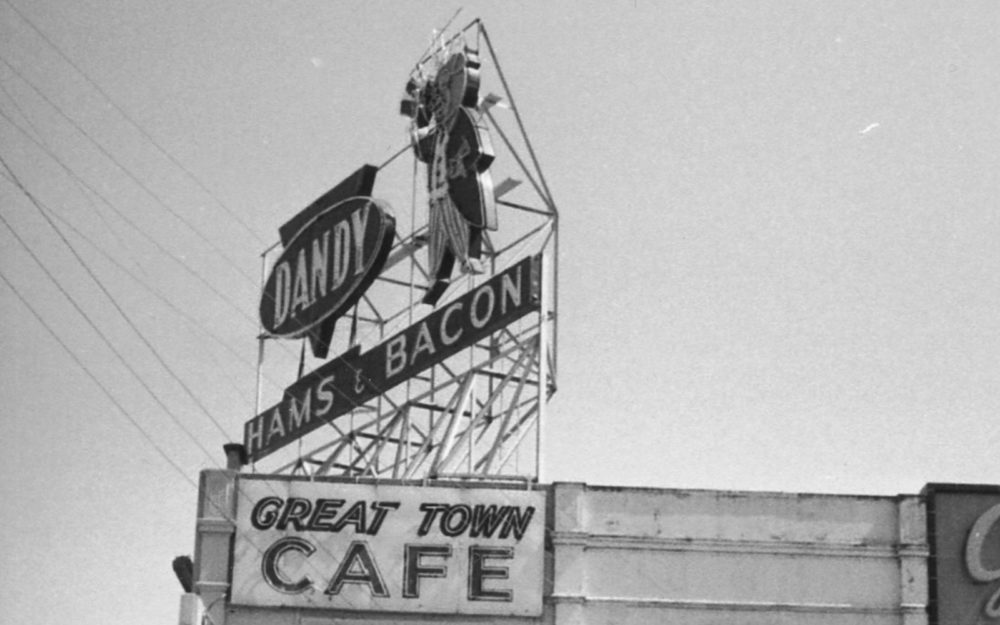 In 1993 the Dandy Pig enjoyed a new lease on life after the city recovered it from storage and then erected it at the Dandenong Produce Market. This was an acknowledgment of the sign’s social, cultural and historical significance in Greater Dandenong. After some minor conservation work, The City of Greater Dandenong unveiled the refurbished sign on 6 December 1995.
During the Market's $26 million redevelopment, Council removed the sign and placed it in storage. On 30 August 2013, City of Greater Dandenong Mayor Angela Long officially celebrated the reinstallment of the Dandy Pig to its rightful place above Dandenong Market.

These days local residents as well as visitors to Dandenong love to tip their hat to this age-old icon.

A prominent local landmark, the Dandy Pig is always watching locals pass through the gateway suburb of Dandenong.