Here at the Market the donuts are just Dandee

As much as we love our Dandee Donuts, to get you in the mood for National Donut Day this Friday, we thought we’d take you on a global tour of donut delights. 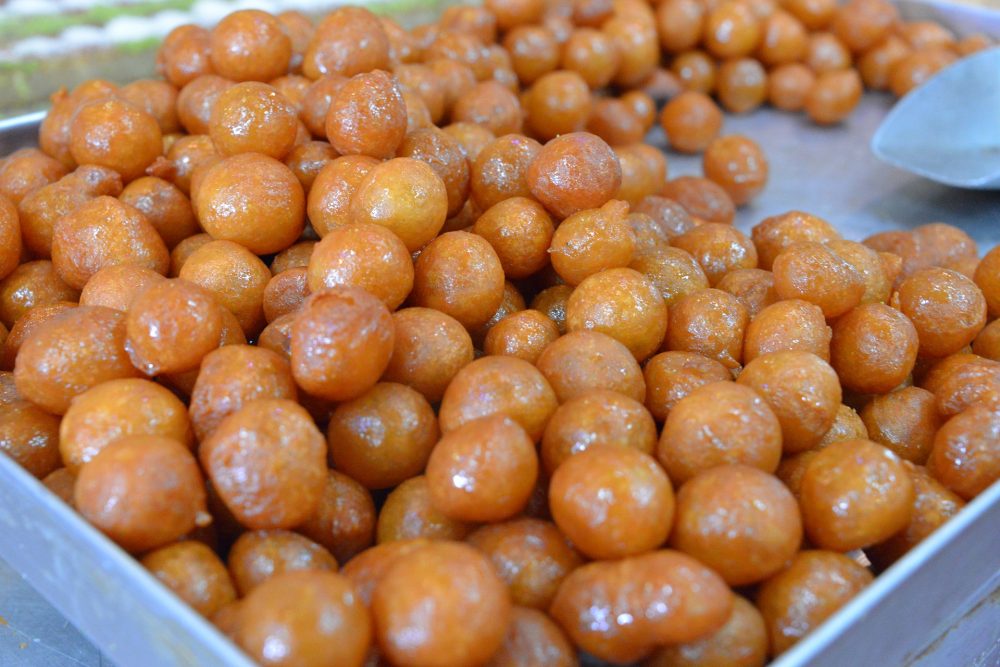 2. Dusted in a granulated “sanding sugar”, Africans enjoy drop donuts commonly found along coasts of Ghana. Elsewhere, there are two distinct koeksister varieties. The Cape Malay community prepares a spicy, cakey and often coconut-coated version, and Afrikaners generally make a sweeter, crunchy, sticky braided pastry that’s dipped into a cold syrup after it’s fried. Cold syrup usually doesn’t sound appealing, but if it is coating fried dough and sugar it most definitely is! 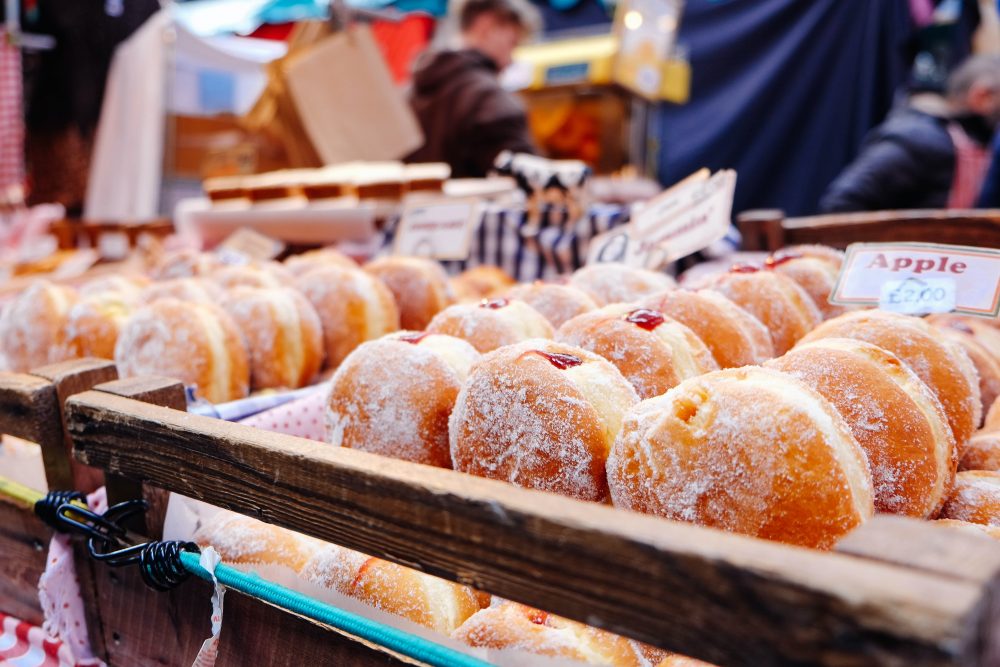 3. A soft, pillowy donut piped with sweet jam, custard or cream, berliners are thought to have been created in Germany.

4. Over in the Middle East, lgeimat are Emirati dumplings coated with a saffron and cardamom-infused syrup. 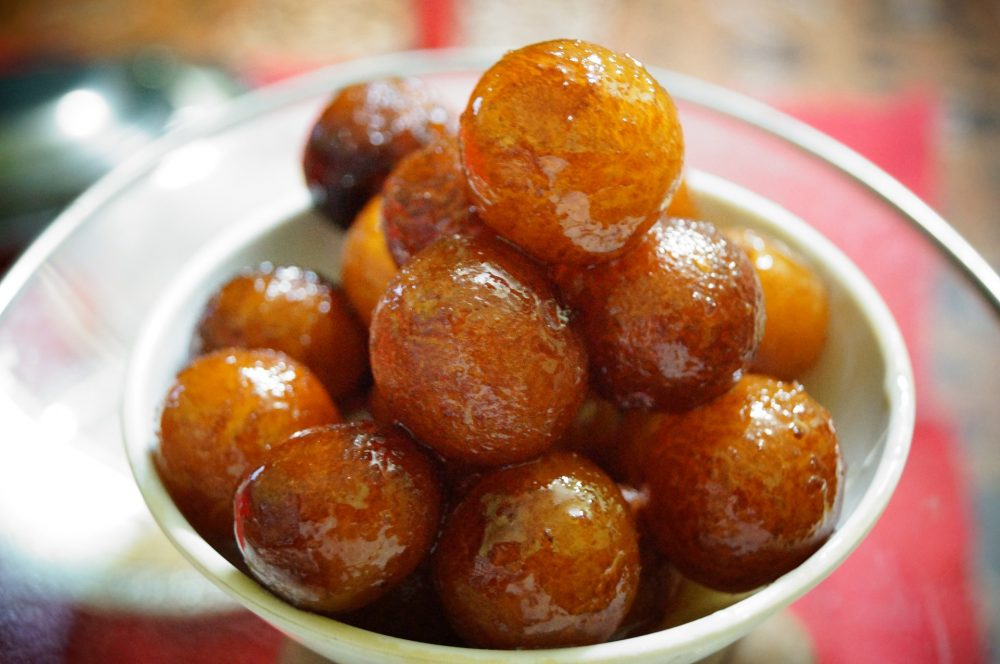 5. A sweet favourite during Diwali, gulab jamun are India’s answer to the donut. Light, fluffy and soaked in sugar syrup until they double in size, these dumplings are often paired with citrus or rose petal flavours. Entering savoury territory, vadai are crisp, spiced donuts made from urad dhal (split small black beans).

6. On the Japanese island of Okinawa you’ll find black sugar donuts. These cake-y balls are made with island’s famed black sugar carrying a rich, molasses-like sweetness you won’t find anywhere else in the world. 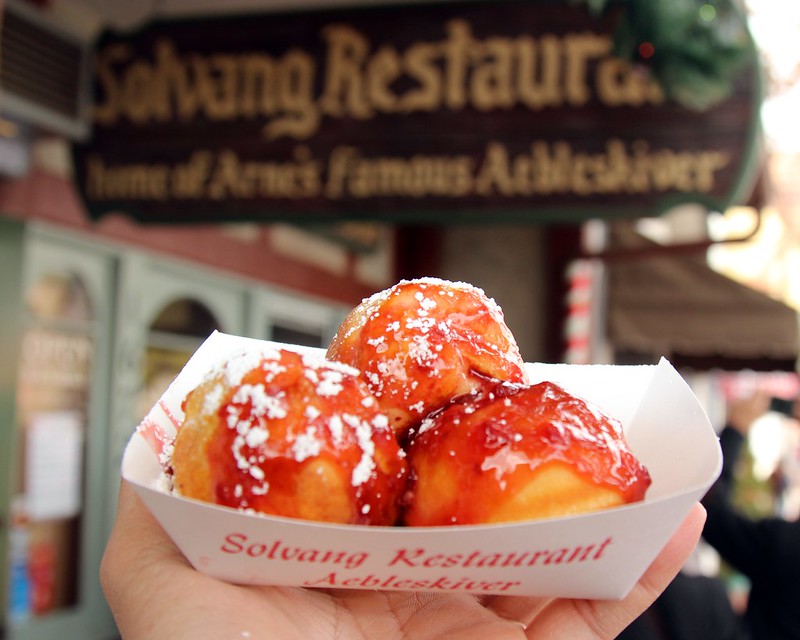 7. They might look more like poffertjes than a regular donut but Danish apple bites, known as aebleskivers, are a wonderfully doughy treat. They contain fried apple, dusted with icing sugar and served with raspberry jam.

8. A Croatian speciality, fritule, is made with potatoes and laced with nutmeg, dark rum, vanilla plus lemon and orange zest. Interestingly, these sugar-coated delights are more commonly served as a welcoming snack – with dried figs and grape brandy – rather than dessert. 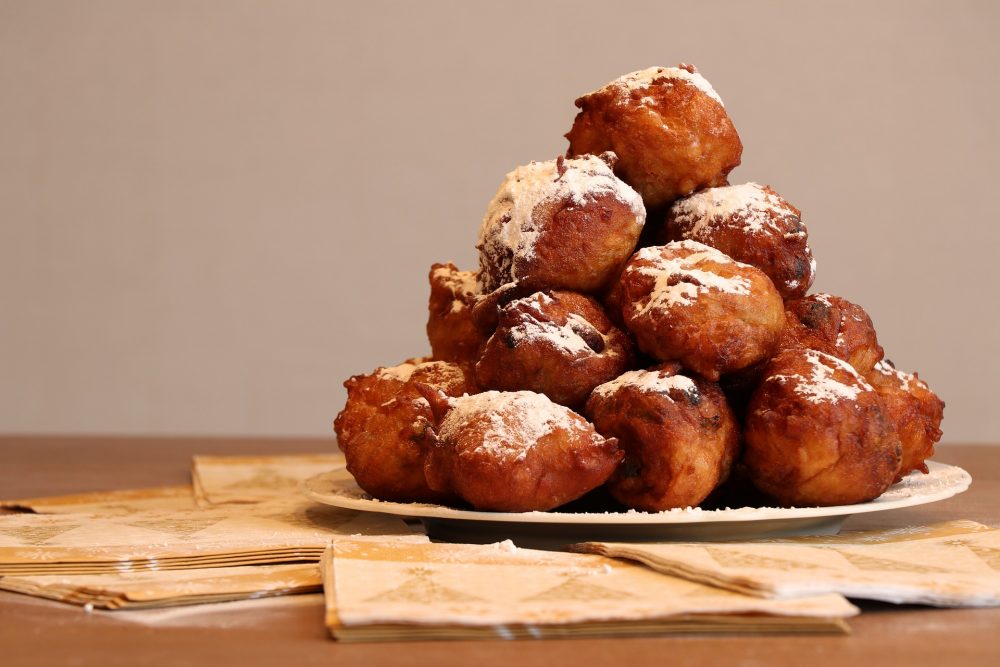 9. Traditionally eaten as a New Year’s treat, the Dutch also love donuts known as oliebollen which are bejewelled with currants, raisins and bites of Granny Smith apple.

10. The French beignet is like a sweet donut but is square-shaped and doesn’t have a hole. Beignets are considered the forerunners of the raised donut. They’re dusted generously with icing sugar and enjoyed warm. 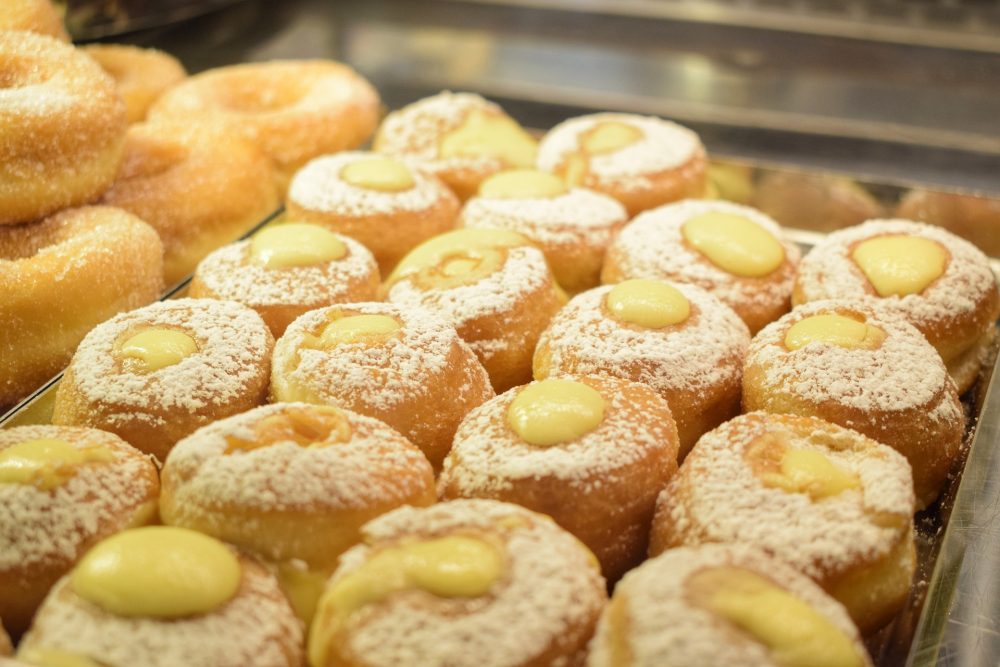 11. Italy’s bombolini are made from a sweet yeast dough of honey, instead of sugar. Filled with vanilla bean custard and dusted with icing sugar, they taste as good as they look!

13. The Mexican buñuelo is a descendant of Spanish churros and comes in many forms: a flat disc of dough, a classic ring-shaped donut or a simple ball. They are usually scented with anise and soaked in brown sugar syrup.

14. Also known at the Chinese cruller, the youtiao is like a deep-fried breadstick. The Chinese typically dunk them in soy milk for a nice crunchy-to-soft consistency. 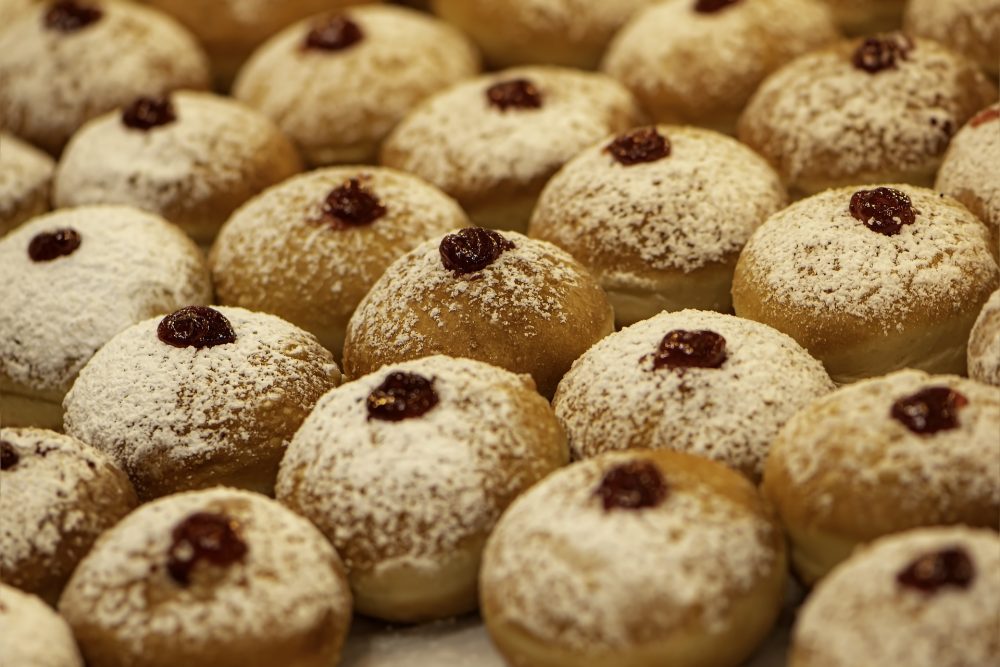 15. Named after the Hebrew word for sponge, sufganiyot are Jewish donuts. Spiked with cinnamon and lemon zest, these fluffy, light dough balls are traditionally filled with raspberry jam and commonly served at Hanukkah.

16. The Polish love their pączkis so much, they even have a day dedicated to them. They’re similar to Berliners except they’re made with more butter and eggs which creates a richer texture and taste. 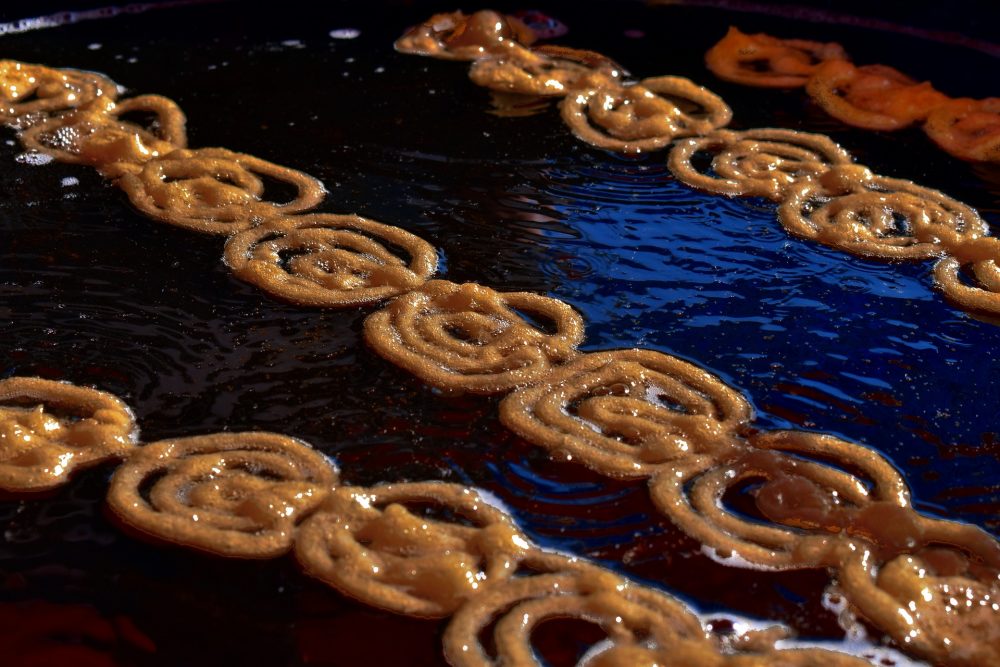 17. Pakistan’s jalebi are soaked in saffron syrup which preserves the juicy interior while giving a crunchy exterior.

18. Sel roti is known as “sweet rice bread“ and resembles a large, thin puffed-up donut. This red crunchy donut is commonly served at festivals around Nepal. 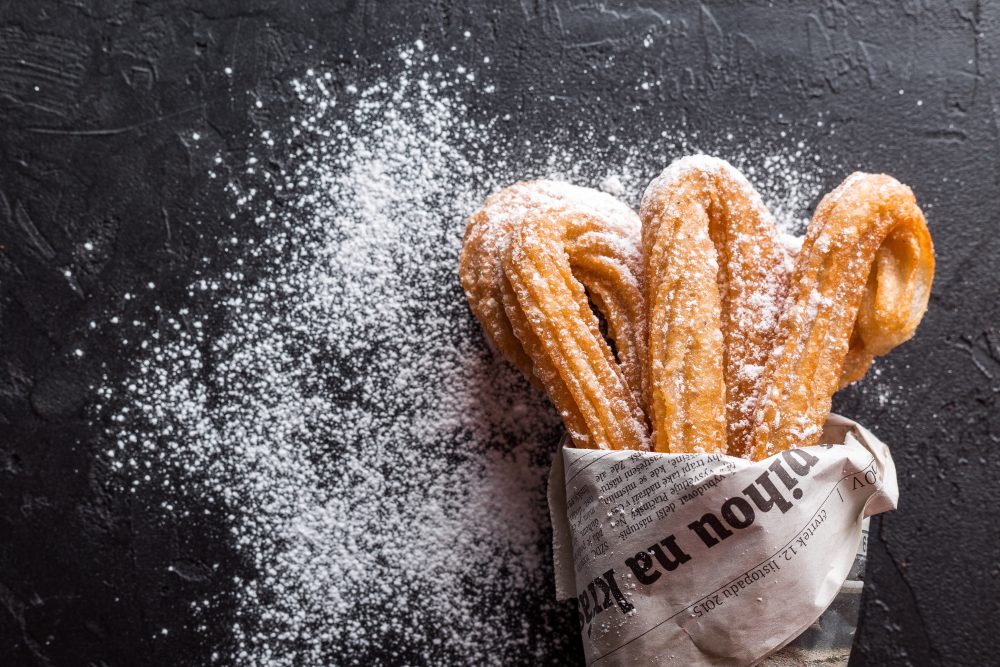 19. Traditional Mexican churros are the perfect combination of sugar, cinnamon and fried dough. In Cuba, churros are often filled with guava, while in other countries they will them with dulce de leche. With every crunch into a churro bite, your mouth fills with cinnamon goodness.

20. Similar to a glazed donut (in appearance and ingredients), balushahi—also known as badusha—is a traditional Indian pastry. It is soaked in a syrup to give it a moist, sugary centre. 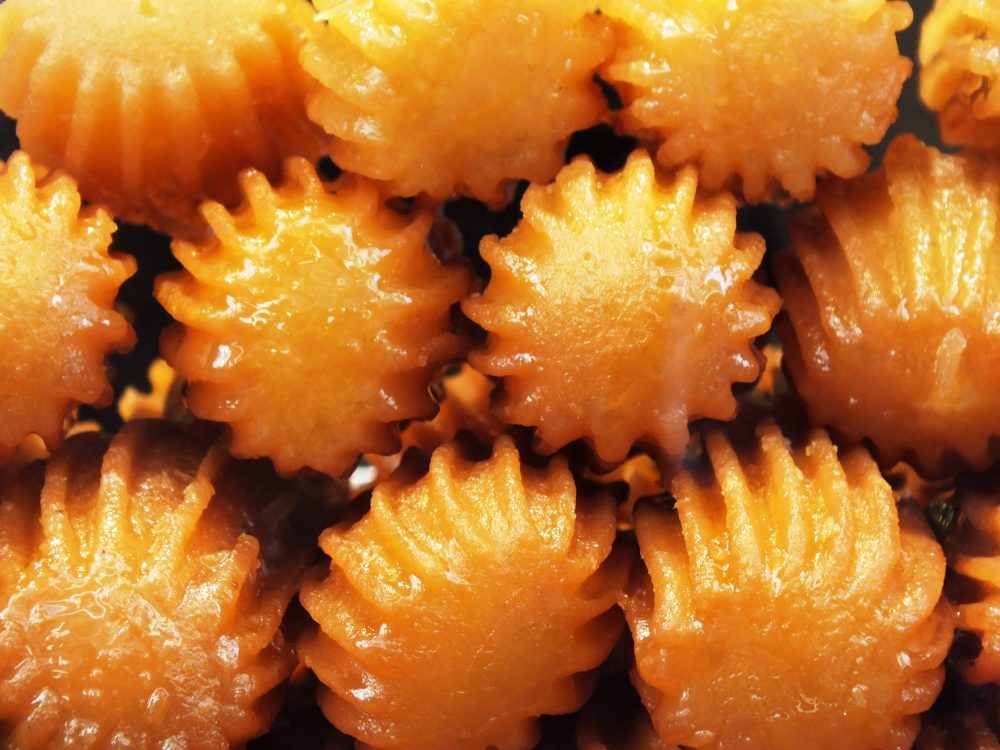 21. In Turkey, tulumba are small, oval-shaped sweet pastries with ridges made from golden and crispy deep-fried dough and then soaked in sweet fragrant syrup. The sweet syrup can be made with flowers or even a fruit.

Donuts aren’t generally thought of as a “health food” but did you know our very own Dandee Donuts are gluten-free? We can hear all you Celiacs singing from here…

It wouldn’t be National Donut Day without a chance to win 12 months of finger-licking Dandee Donuts on us! All you have to do is enter – it’s that easy!

The best EVER fried chicken!

Celebrating Our Mothers Of The Market