Australia Post is celebrating our very own Dandy Pig as part of a new stamp issue celebrating heritage-listed iconic signs from the golden age of neon advertising in Australia. 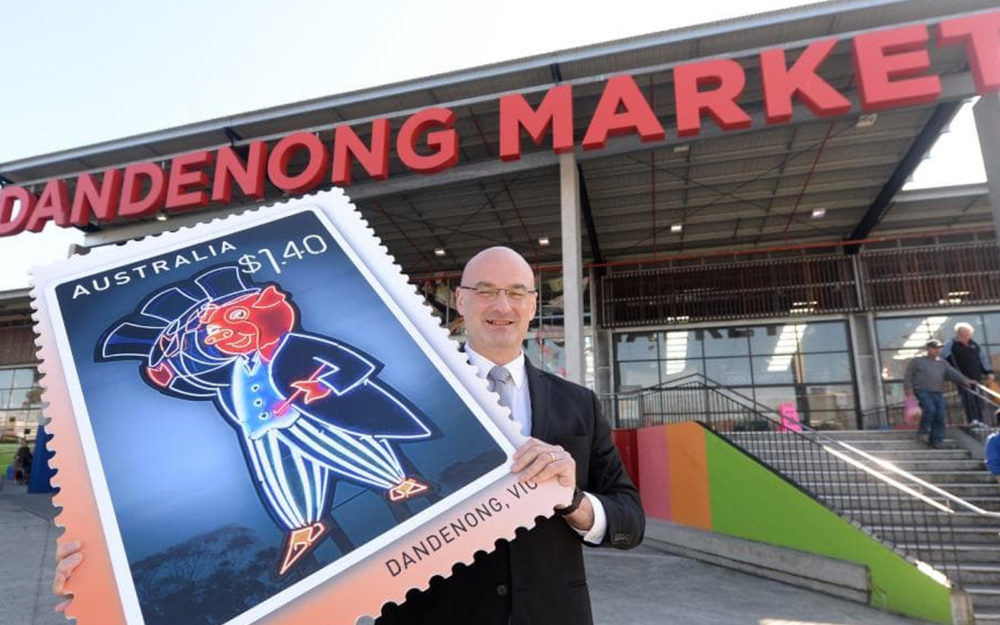 The Dandy Pig is the much-loved mascot of the Dandenong Market featuring a finely dressed pig cheerfully tipping his top hat welcomes shoppers to the Market.

The Dandy Pig neon sign was first erected in the 1950s for the Gippsland Co-operative Bacon Curing Company. The landmark neon pig doffed his top hat for many years until 1983 before being restored and re-erected in 1993. 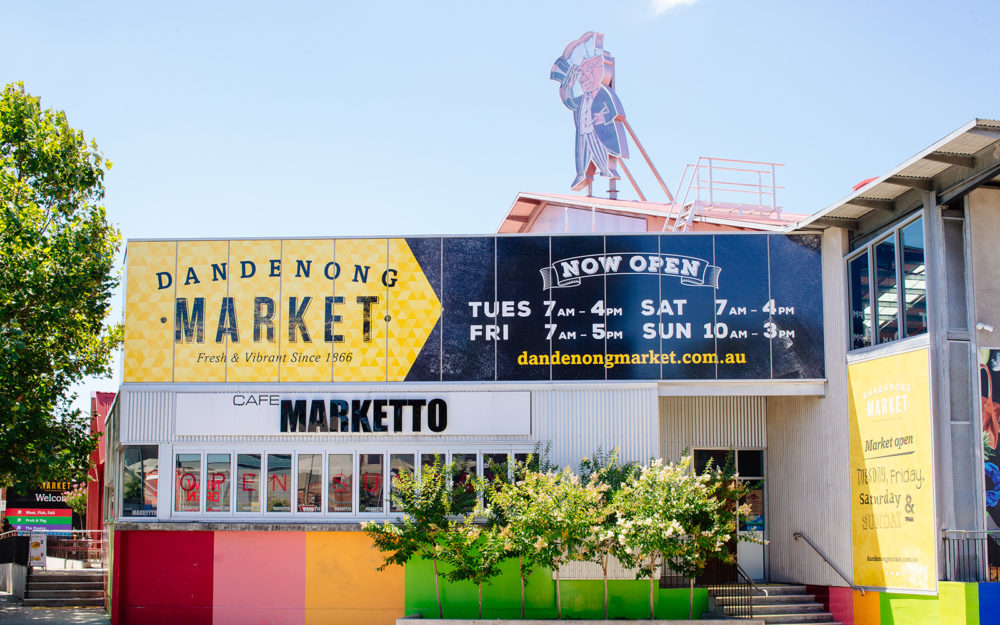 In August 2013 the City of Greater Dandenong officially celebrated the re-instatement of the Dandy Pig at the Dandenong Market as an acknowledgement of the sign’s social, cultural and historical significance to the community.

The neon signs featured in the new stamp issue include the Skipping Girl in Abbotsford, which was erected in 1936 as an animated advertisement for Skipping Girl Vinegar, and the Pink Poodle from Surfers Paradise, which was a popular honeymoon motel built in 1967.

The stamp issue features a souvenir sheetlet pack in a concertina format. The special pack houses three stamp sheetlets with a lighted feature on the cover. Other products associated with this stamp issue include a minisheet, first day cover, stamp pack, booklet of 10 x 70c and roll of 200 x 70c self-adhesive stamps and a set of three maxicards. 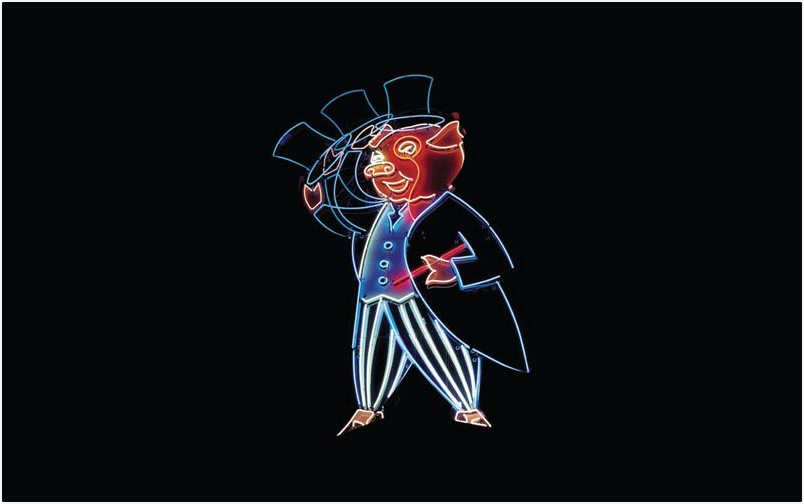 The Signs of the Times stamp issue is available now from participating Post Offices, via mail order on 1800 331 794 and online at auspost.com.au/stamps while stocks last.